In 1977, with Mr Roe and Mr James at the helm, the practice moved to the purpose built premises in London Road on the southern outskirts of Beccles. Since that time three large extensions have been added as the practice has grown. The Beccles surgery is an RCVS accredited practice for small animals and farm animals.

As one of the larger practices in East Anglia we also have five other busy surgeries in Loddon, Poringland, Kessingland, Norwich and Mulbarton. The latter two surgeries were previously run by Tony Stokes and came on board in 2012. They underwent extensive modernisation at that time. There are 10 small animal vets, headed by the clinical directors – Mark Norton and Nick Hope.

The large animal side of the practice covers most of East Anglia from the North Norfolk Coast to Essex in the south and over to Cambridge on the western edge. There are 5 large animal vets headed by the clinical directors Mike Bardsley and Will Stevenson.

In addition to our Veterinary Surgeons, there is a comprehensive team of nurses and receptionists. We also have a Practice Manager, Sheila Curtis, who is based at our Beccles surgery and responsible for the day to day running of the practice. 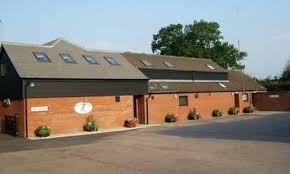